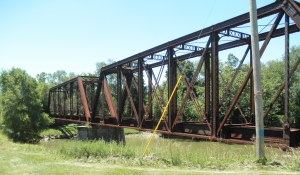 The first meeting of the Land & Traffic committee since 2007 circa met at Muncie City Hall Auditorium Wednesday.  The meeting got off to a slow start and some of the candidates/committee members/council members mingled with the crowd.

Mary Jo Barton, council representative for District 3 spoke with a couple and said “I have lots of questions to ask.”  One wonders who wrote the questions for her and would she understand the answers once given?  After 16 years on city council, current land & traffic committee person and past member of the finance committee, she was clueless on understanding incoming revenue and outgoing expenditures.  She also believed the city should spend $30,000.00 for fireworks to make $2,000.00.  Correct me if I’m wrong, but isn’t this a loss of ($28,000.00)?

Julius Anderson appointed council person for District 6 (he took Council Murphy’s place after the voter fraud guilty verdict) stopped by and told the citizens there would be no public input allowed.

Giving volume to your voice.

Alison Quirk, eight year veteran of city council and past president,  looked uncomfortable as she took her place on the stage, and Jerry Dishman looked solemn.  He is asking for four more years.

Sitting in the audience was ex-councilman and former Democrat Party Chair Phil Nichols.  I don’t recall  seeing him at any public meetings except for election board.  Probably wanted to make sure his candidates and council members adhered to his instructions for this meeting.  Just surmising, perhaps this is why Alison Quirk was nervous.  What she does could impact her brother-in-law Mike Quirk’s continued reign as Democrat Party Chair.

Mayor Sharon McShurley along with some faces which looked familiar, but their names escape me, were there.  You knew she would be.

The tone, a little tense as there seemed to be some pre-meeting conversations, it was already 6:10 PM the meeting hadn’t even started.  Mayor McShurley was talking with Council person Anderson and then she stepped back.  Puzzled looks, a bit of confusion and Mr. Anderson began to apologize.

The meeting had to be postponed due to the fact there was no notice posted on the door.  It was a waste of time for the citizens of which there seemed to be plenty.

The committee consisted of four Democrats which immediately gives one the sense of a confidence this will be a non-partisan group working for our city.   (O.K. that’s not true if you have followed their votes and actions for the past four years.)

Seriously folks, with 29 years of combined experience and they forgot the notice, makes one nervous to think of what is going to come from this committee.

The next meeting will be Monday August 29th at 6:00 PM.  Muncie City Hall auditorium 300 n. High St.  There will be no giving volume to your voice at this meeting, public input is not allowed. NOTE: Paper said it is 7:00 PM not 6:00 PM as the previous article states.  Sorry.  Meeting tonight on closings of crossings

September 14th will be another meeting at 7:00 PM and you will be given the opportunity to speak.

How many public meetings thus far this year have been cancelled because of lack of appropriate notice? (County and city)