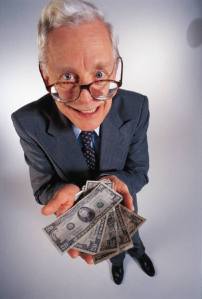 For those of us which have been following Delaware County finances and government for the past few years,  it has been one financial disaster after another.

At the end of 2009,  Delaware County Treasurer, John Dorer, stood before County Council unable to borrow $10.5 million dollars to stay out of the red.  Eventually, the county found three separate institutions to loan us the money.  This  same year Delaware County  received a windfall of $8 million dollars from the Welfare levy.    The bond rating for our county dropped resulting in a higher interest rate on borrowing.

In 2009, Larry Bledsoe , County Commissioner, contacted Jake Dunnuck, Drainage Board attorney, requesting Dunnuck obtain a ruling from the State of Indiana on then current surveyor’s practice of awarding contracts without bids, formal quotes or plans. Contracts were awarded to the surveyor’s stepson who was the deputy chief in the surveyor’s office.

No response from Jake Dunnuck.

Bledsoe brought to the attention of commissioner Todd Donati the county watershed funds were depleted and running in the red.  Bledsoe wanted a resolution and said he would not sign off on any future spending.  Commissioner Todd Donati turning his back on Bledsoe  promised he would sign off if Bledsoe didn’t.    A complaint was filed with the Attorney General by  Bledsoe.  Greg Zoeller responded the matter needed to go before the county attorney, Mike Quirk.

Five months later and $700,000 in the hole, Donati finally agreed with Bledsoe.  But not until after John Kelley cast the vote to increase Donati’s son’s salary by $2,000.00.

2010 saw the forgivable loan to the Daleville trucking company of $325,000 from the Delaware County Redevelopment Commission.  Not but a few months later, Todd Donati was standing before Delaware County Council asking to suspend the rules on….you guessed it.  A $325,000 bond to pay back the Redevelopment Commission.  Never mind the county had to push back the payment to New World Software, because the money just wasn’t there.  Talk about shuffling the taxpayer’s money.

Anybody wonder why it’s so hard to follow the money trail?

Of course, what year would be complete without a $7 million bond?  A bond that virtually handed out your money without even so much as a basic spending plan, no accountability by the recipients.  We did get the Delaware County plaza project and a $12,000 granite bench, though.  The bond was approved after the 2010 election.

Again, just a few months later, the county was wondering how they would be able to make the Justice Center bond payment.  Ron Quakenbush,  county commissioner during the Justice Center era, said no one anticipated less revenue back then.  $18.5 million dollar bond and $13 million county option income tax bonds to cover cost over runs, lawsuits, computers and storage costs of said computers.   Here we are in  2012, they still aren’t anticipating.  That’s a problem, folks.

The recent political game of “Let’s mess with the judges” is going to be a costly one.   Mike Jones, current council member, vowed he would monitor the costs of this law suit.  Too bad he didn’t have the same zeal for the $7 million dollar bond.

James King, current president of County Council, attempted to rein in the budget in 2011, and failed miserably.  Yet, as soon as the $1.8 million check from Muncie City arrived, King promptly began to spend  to restore the salaries.  This is completely unsustainable and only prolongs the inevitable.  “King responded that newly won 911 money — including regular payments from the city — would cover it.”

Hello?  The additional city funds is supposed to go for 911 service.  Every county council meeting they whined and cried about how witholding the 911 fee is hurting emergency services.  Someone wasn’t being straight with the citizens of Delaware County.

How much money was collected for the Wheel tax and what is the paving plan for 2012?  Why did veteran Ron Quakenbush vote to reinstate salaries the county can’t afford and why did he dress down Councilperson Rick Spangler for stating the obvious.  “There is no money”.  The budget cuts were accomplished by simply not paying back the rainy day fund. Patting themselves on the back for innovative budget cutting ideas after they borrowed again and again from the rainy day fund.  Brilliant.

‘This is not a bad situation,’ Delaware County council member Todd Donati said. ‘It is a cash flow problem.’ Donati , who heads the council’s finance committee, informed Delaware County commissioners Monday that the county would have to borrow up to $1 million from the county reassessment fund, through 2002.

How many times have we heard from the elected officials the financial problems lie with Delaware County taxpayers?  Yet, every penny spent has been by their hand and they have nerve to blame YOU.  Perhaps these same people should consider less bonds, whittling down the TIF districts and carefully considering your tax dollars before they spend.

I know, I know the idea sounds absurd, but consider this for a moment.  At the start of 2009 Morrison TIF had over $8 million bucks and the county enjoyed a surplus.

A bit of history.  In 2008 the county voted to reinstate the Tax Adjustment Board (TAB) abolished in 2002.  TAB is a 7-member board designed to monitor local budgets and make recommendations.  It consists of three elected officials and four citizen appointments.  Voting against the reinstatment was Matchett and Chambers both sitting members and not up for rel-election this year.

Chambers and Matchett both said they felt instituting a TAB would constitute farming out their elected responsibilities to another layer of bureaucracy.

“Just let us do our job that we were elected to do,” Matchett said. Muncie Star Press 4-2-08

Quakenbush predicted an improvement in efficacy, but attributed it to leadership.  After barely making it through 2009, as we read earlier in this blog,  the county abolished  TAB in 2010.    This time led by Quakenbush.  His is prediction of improved efficiency didn’t materialize and the budgets, instead of improving,  found the county further in debt.

Is this the job they were elected to do?  Incur debt?  If so, and you like a financial instability, these are your people!

However, all have been in office for four years, ( with the exception of Jones)  and some have held elected positions far several terms.  Giving these elected officials an additional four years to try and get it right seems futile and expensive.  Even careless.

Asking for your vote again:

$7 Million Dollars and a Sewer System, too

Millions and a rainy day fund