How did we get in this mess? 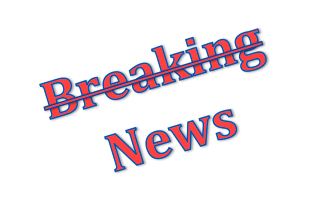 Perhaps many of you may be wondering how  Muncie got herself embroiled in a massive FBI investigation.  Most of us can agree it was the electing of Dennis Tyler and his cohorts on City Council.  How did he get elected?  He lost in 2003 yet won by nearly 1,000  votes in 2011.  Mansfield and McShurley carried about the same number of votes in 2007 and in 2011 Tyler gained votes. McShurley hovered at the ’07 total.  214 really knows how to get out the vote, or AVBs.

214 Democrats were desperate to control the city once again.  So their campaign to win began on 1-1-08 and as they pledged a “clean campaign” Tyler was ready to be mayor.  He was ready to give the county all the 911 accrued monies.  Ready to place his best bud’s son in a position of power and chomping at the bit to control the most lucrative department, Muncie Sanitary District.

You may be thinking what’s all this have to do with the FBI?  Just a little background info, that’s all.  Ready for a journey?

One of two critical informants whose tenacious persistence led to the FBI’s fight against public corruption in Muncie is willing to be identified and I have permission to congratulate them in public for their heroism on behalf of the community.
* * * * *
The other one is, of course, Les Marsh, and he’s never made a secret of his involvement. Indeed his bull-in-the-china-shop approach is a magnet for attention, and he’s never shied away from letting adversaries know he’s after them. Les is a Muncie native and I’m going off memory here. I think he graduated from Central in the 1960s and enlisted in the U.S. Navy for a hitch. After getting out, he served as a police officer in either Gaston or Eaton. His father had been a cop. But when Mick Alexander got elected Delaware County prosecutor in 1978, Les became Alexander’s chief investigator.
* * * * *
Not sure for how long, some number of years and I’m sure he learned lots. At some point, the pay for a public servant just wasn’t enough, and Les caught on at BorgWarner, probably in the mid-1980s. He stayed at the transmission plant for about 25 years, and then through some buyout procedures was able to retire 10 years ago, at which time he started attending more public meetings, including those of the Muncie Sanitary District board and city Board of Public Works. Sometimes meetings of the Delaware County Commissioners. I’d run into him at all three places.
* * * * *
He was often a loud critic at meetings and ask challenging financial questions. His ire really got roused when then-county attorney Mike Quirk on-the-record called Les some pejorative term. Can’t remember what. Maybe a “blowhard” or that Les was “full of it.” At about that time, Quirk also was Delaware County Democratic Party chairman. Later, he became attorney for MSD. Still later, though fairly quickly, Quirk relinquished all three positions, mostly because he, himself, had become too much of an attention-attracting distraction.
* * * * *
Les made himself well known asking MSD for copies of invoices, and then reporting to the board what he found. For example, in July of 2013, Les said that a $14,000 sewer project earlier that year ended up costing $137,000 thanks to change orders. He was aghast. He said one reason is because a contractor charged $265 per foot for all sizes of pipe from 8-inch to 24-inch. The board president politely thanked Les for his comments.
* * * * *
Which isn’t to say they didn’t take decisive action: the next meeting, MSD attorney Quirk proposed a new public records policy to the board. He told the board they had “recent requests” from citizens that were “seemingly unreasonable.” At his request, the board began allowing 25 free copies of documents to citizens and charging 15 cents for each page after that. Wonder if they tried to charge the FBI when the feds raided their offices and made off with records?
* * * * *
The other critical informant is Stephen Ballman. Ballman’s another Muncie native who graduated high school here, like Les in the 1960s, and afterward earned an associate’s degree in accounting. He worked for a bank for a short time, and hated the work, and found a position at Ontario Corp., which then operated a large smelting forge on West Jackson. He was a non-union inspector for several years.
* * * * *
Ballman then hired on at the Muncie Sanitary District in 1979, learning many of the operations over years and eventually becoming head of maintenance. He liked his job, and remained apolitical even as MSD itself got more politicized, especially under Mayor Jim Carey’s years. At some point, Steve thought he was mistreated as an employee, badly so in his eyes, and he sued the Carey administration in federal court. He won, and got $5,000 plus attorney fees, and a guarantee of no interference with his job. Carey and the Democrats were not happy.
* * * * *
But from 1992 until 2008, the Democrats were out at City Hall, and MSD became less of a political football. When Dennis Tyler became the first Democrat mayor in 20 years, regaining tight control of MSD became a priority. Tyler could replace one MSD commissioner right away, and pressured another, a city banking executive, to resign, and Democrats took control. Steve knew a major reorganization would come and Democratic Headquarters favorites would take over. He always had got along well with Bill Smith, who served on MSD’s board under most of the Republican mayors until Sharon McShurley wouldn’t reappoint him. Tyler brought Smith back and he’s currently president. Steve offered to retire, but Smith didn’t want him to.
* * * * *
Somebody did, because shortly after his offer to retire, Smith and the city’s new Human Resources director came out to Steve’s Kilgore Avenue office to tell Steve he was out. Steve retired after all. But he worried about the kind of mismanagement that he feared would be brewing: Tyler’s board appointed unqualified cronies to top positions, raising their pay dramatically on top of that. That was their first step. Bid-rigging their second. Steve then found himself willing to help the FBI sort out the corruption once it surfaced. Now thanks in part to him, two of those unqualified people are under indictment. Presumably more to come.
* * * * *
The community should be profoundly appreciative of both Les and Steve’s tireless work.
[Share with anyone interested.]